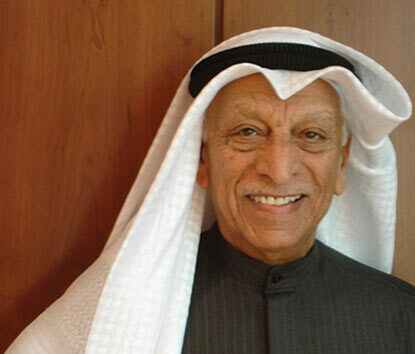 “Ghazi Alnafisi got his start in business in the aviation sector, but before too long, he came to be a leader in the Kuwaiti real estate industry with over 40 years as chairman of Salhia Real Estate Co. Mr. Alnafisi credits his success in business to his passion for what he does. After 11 years as an engineer with Kuwait Aviation Fuel Co., a subsidiary of the Kuwait National Petroleum Co., Mr. Alnafisi formed Salhia with several partners in 1974 and since then has been involved in all of the company’s real estate developments both in Kuwait and abroad. In 2013, the publicly-listed reported a net profit of US$56.5 million generated from assets worth nearly $1 billion.”